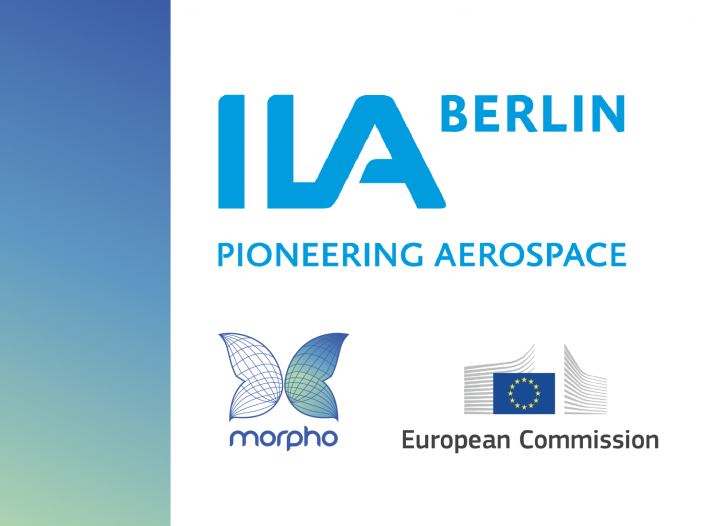 ILA Berlin 2022, down the title #PioneeringAerospace, is the largest and most important air show in the EU this year, taking place on 22-26 June. It will showcase the future of aerospace highlighting innovation, new technologies and sustainability, the future of climate-neutral aviation and new mobility. Its mission is Pioneering Aerospace for a save, sustainable and connected world.

Under the headings of Aviation, Space, Defense & Security, Suppliers and Advanced Air Mobility, ILA Berlin covers the entire value chain of the aerospace industry. Topics include climate-neutral aviation, new mobility and space security. The future of aerospace will be presented and discussed on five live stages. Moreover, a wide-ranging programme on the new platform of ILA Digital will augment the live events.

Organized by BDLI and Messe Berlin, ILA Berlin showcases aerospace as a key sector in the EU and its strategic importance for Europe’s security, sustainability and competitiveness. For this reason, the European Commission and ILA Berlin 2022 has a strategic partnership to strengthen Europe’s technological leadership and to pave the way for a sustainable future for aerospace that is “Airborne in Europe”. The European Commission will have a stand where the MORPHO video will be playing alongside those of other European projects on related topics. This is part of the slot dedicated to the presentation of CINEA, which focuses on projects “success stories” and on-going promising projects. Both European Union, ILA Berlin and MORPHO pursue common goals: climate-neutral aviation with enhanced security based on sustainability, new technologies and innovation.

ILA will be taking place as an in-person event at the recently opened airport at BER (Berlin Expo Center Airport), which will include exhibitors’ trade fair stands and chalets, a wide-ranging stage programme, a static display featuring aircraft close up, and flying displays by aircraft showing the way forward to a climate-neutral future. Also, it will be an online event, since all these activities will be rounded off with events such as live streams, virtual matchmaking and virtual company presentations which could be followed on the digital platform.

The focus will be on trade visitors, gathering representatives of the international industry, politics, armed forces, business and science, while an open week-end for the general public is being planned on 25 and 26 June. Over two days, visiting aerospace fans can experience the innovations and fascination of the aerospace displays close up and find out about aerospace career opportunities at various trade fair stands. If you want to join ILA Berlin 2022, check here the exhibitor possibilities or buy here a ticket.